I propose CNETA rewards be available to those providing liquidity to the CNETA/ADA pair on Minswap, in addition to the MIN rewards already earned.

I look forward to hearing others perspectives on this.

Technically, there is still 10M cNETA tokens from the Community Airdrop Fund which has yet to be distributed to Minswap users. Just saying… There is potential for this or something similar. 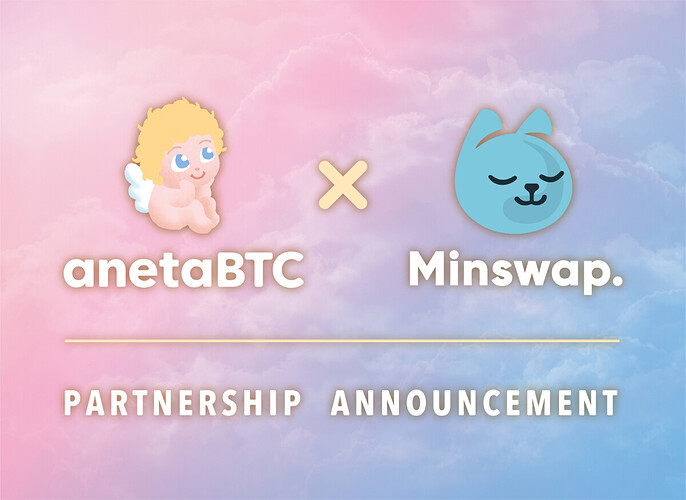 We are excited to announce our partnership with Minswap! We will be airdropping NETA tokens to the first users of their platform. This…

I will add, that the problem right now in my eyes is not so much liquidity (although, that could be higher) it is rather volume. Giving people more cNETA would probably increase selling, which we might see anyway when TosiDrop launches and people start claiming their LISO rewards.

I don’t think we would see too much of an increase in selling if the pool was incentives when TosiDrop launched. At present there’s not much we can do with our CNETA tokens so when TosiDrop launches we could see holders selling, but if the CNETA/ADA pair on Minswap was incentivised so LP’ers also earned CNETA I think holders would likely want to generate more from their holdings.

I do think that MIN holders should receive airdrops from various projects through the DEX, this is something that could create utility to MIN, and incentivise holding MIN and decrease sell pressure from the yield farmers.

The team is working on “double farming”. I am not sure if cNETA will be one, but the minswap team is actively looking for protocols willing to supply their tokens in addition to MIN for farming. 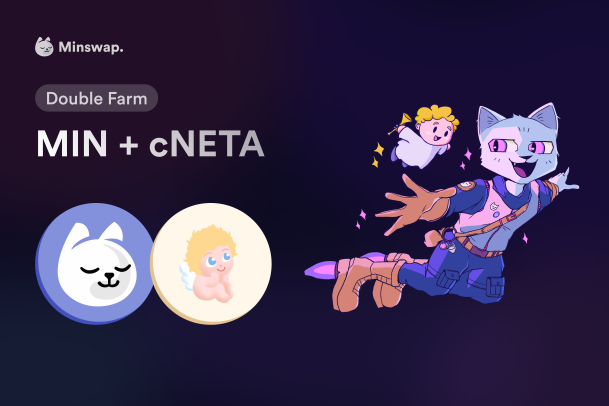 TLDR; The first Double Farm on Minswap will be in partnership with AnetaBTC, and will consist of $cNETA rewards to $cNETA/$ADA Liquidity…