You must set up collateral first

When I try to harvest my min rewards it pops out a message that says that I have to set up my collateral first. I don’t know what this is or how to do it.

Getting the same message
Also tried taking it back out of LP and putting back in, paid fees again and still getting this message 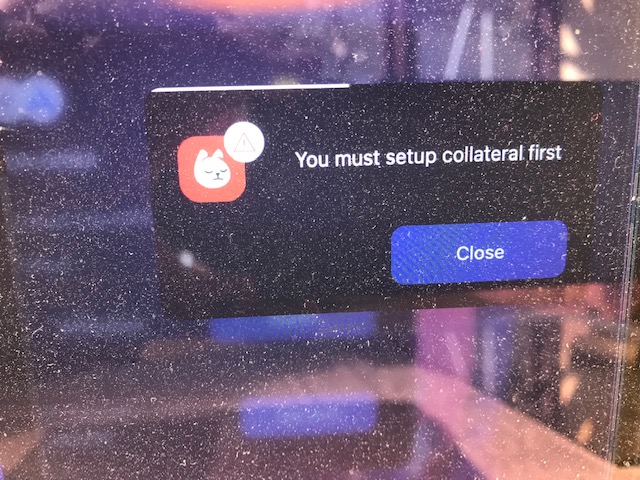 Minswap what is the fix for this, cannot use your platform and start earning MIN until this works

you guys need to set a collateral in your wallets. Thanks, i found this guys video on YoutUbe who has some great content as well and explained the collateral issue A “collateral” meaning much more than the amount we”re taking out?!
I’m using Eternl wallet and have turned on the collateral switch within the wallet.

Pretty lame video. He makes it looks stupid simple but apparently it’s not since we’re still dealing with the issue here!

My wallet now works fine and stable
It’s sorting itself now, a bit patience was needed
(assuming you’ve set your collateral already) i was a bit quick requesting each claim, when you claim it ‘ties up’ your collateral for a few mins, then it clears transaction appears in your wallet, then you can claim your next tokens, it’ll get faster as we move forward